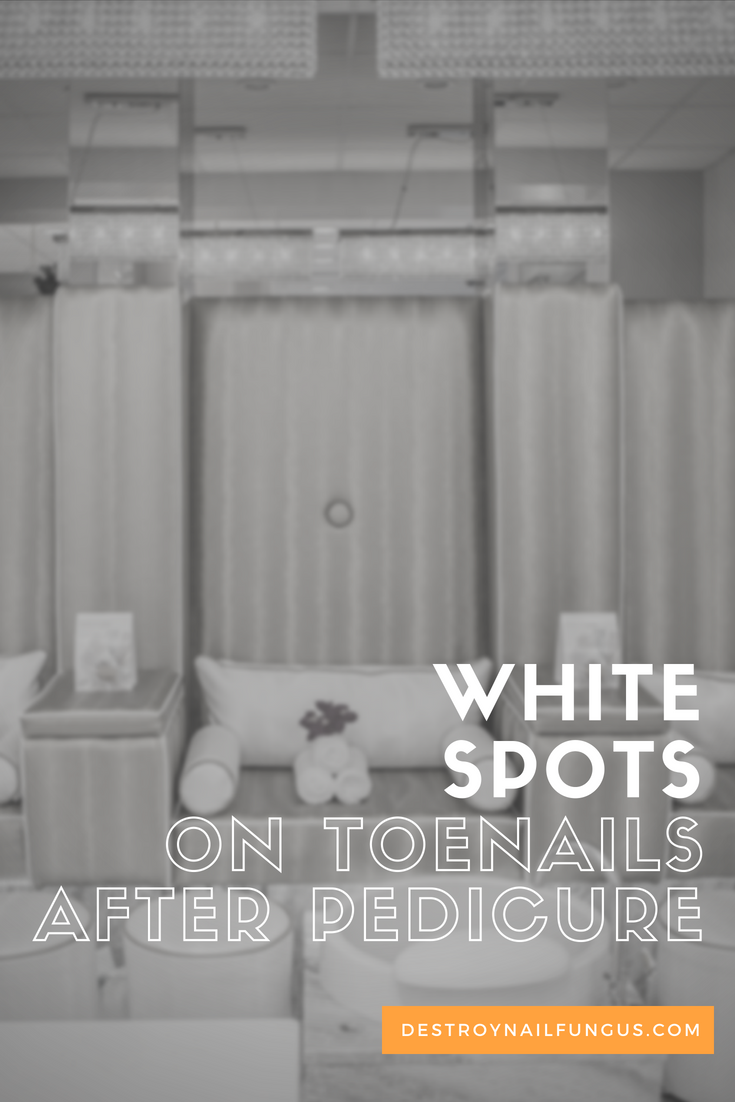 Although it is usually not a great cause for alarm, it can certainly be scary to look down at your nails after a pedicure and notice peculiar white spots that were definitely not there beforehand. What causes these little white spots? Could it be something serious?

Fortunately, we have done the research on exactly why you get white spots on toenails after a pedicure. Continue reading to learn more.

Trauma To The Nail 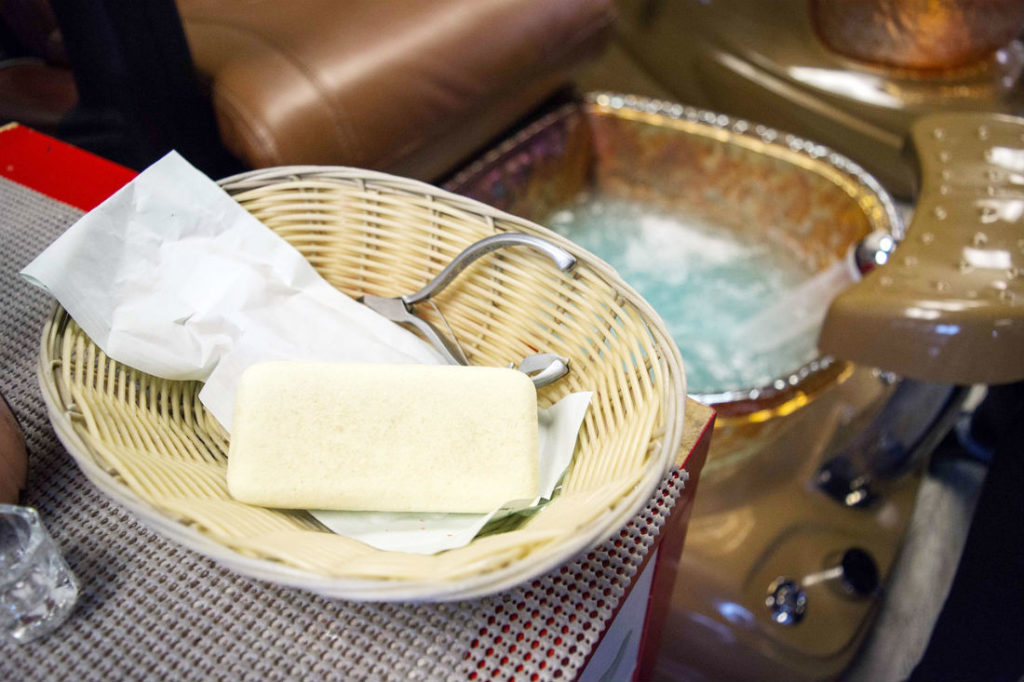 If you are experiencing white spots on your nails after receiving a pedicure, the most likely explanation is that the white spots are simply due to mild trauma to the nail.

Generally, this happens during the pedicure process when your nail are being cleaned out – the skim under the nails can become angered and inflamed, thus leading to the development of white spots under the nails.

This is the most common explanation of why you have white spots on your nails after a pedicure.

However, keep in mind there are a number of other reasons why this could be occurring.

Nail Polish Removal And Side Effects

In certain instances, white spots start to appear after the removal of nail polish. This is generally caused by a keratin build up in the nails and is harmless.

However, there is also a small chance that you are allergic to the underlying ingredients in the nail polish, and clearly, this is problematic.

If you believe you are suffering from any sort of allergic reaction, talk to your doctor immediately.

Additionally, some of the compounds in nail polish and gel can be damaging to the nails, and this can cause white spots to appear after the pedicure process is complete.

It Could Be Nail Fungus 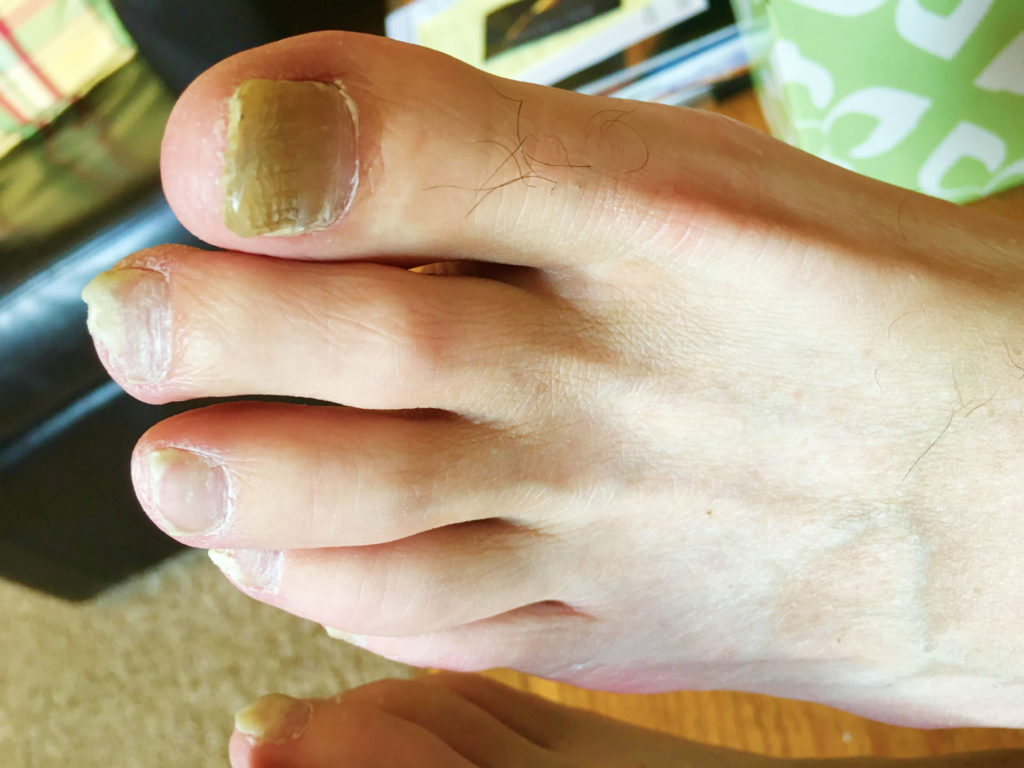 Unfortunately, there is a chance that if you have white spots on your nails after a pedicure that it is nail fungus.

Nail fungus generally occurs in situations where the nail salon is not properly cleaned or maintained, and thus their instruments are infected.

If one of these infected instruments touches your nail bed, it can lead to the development of nail fungus.

You can tell if you have contracted nail fungus because unlike some of the possibilities in this article, nail fungus will spread.

It might initially start out as an off-white dot, but it will start spreading throughout the nail and thus lead to infected nails.

If you believe you have contracted nail fungus, it is important to start treating it as soon as possible. This is because if you do not, it can rapidly spread and lead to a variety of issues such as athletes foot, jock itch, and ringworm.

In many cases, small white spots on the nail are simply caused by calcium and zinc deficiencies.

Talk to your doctor about getting your blood tested, and make sure you are always eating a healthy amount of fruits and vegetables.

Will My White Spots Go Away?

In most instances, white spots on the nails will simply go away on their own – they tend to simply grow out and eventually are clipped and forgotten about.

This is certainly the case for white spots due to mild injuries, keratin build up, and mineral deficiencies.

However, it is important to note that if you have nail fungus, your white spots will not just simply disappear.

In fact, it will most likely grow and spread to take over the entirety of your nail before spreading throughout your feet. If you believe you have contracted nail fungus, start treating it immediately to prevent this from happening.

There you have it – exactly why you are dealing with white spots on your toenails after a pedicure. In most cases, it is simply going to be due to the first reason, which is trauma to your nail.

However, because it can also be due to a variety of more serious health issues, we recommend consulting a doctor or a medical issue if these white spots are persistent.

Feel free to leave a comment below if you have any experience dealing with these white spots.

I am the founder of DestroyNailFungus, and I do my best to provide comprehensive guides on health and wellness.

When I’m not running the site, I enjoy spending time outdoors and drinking coffee.