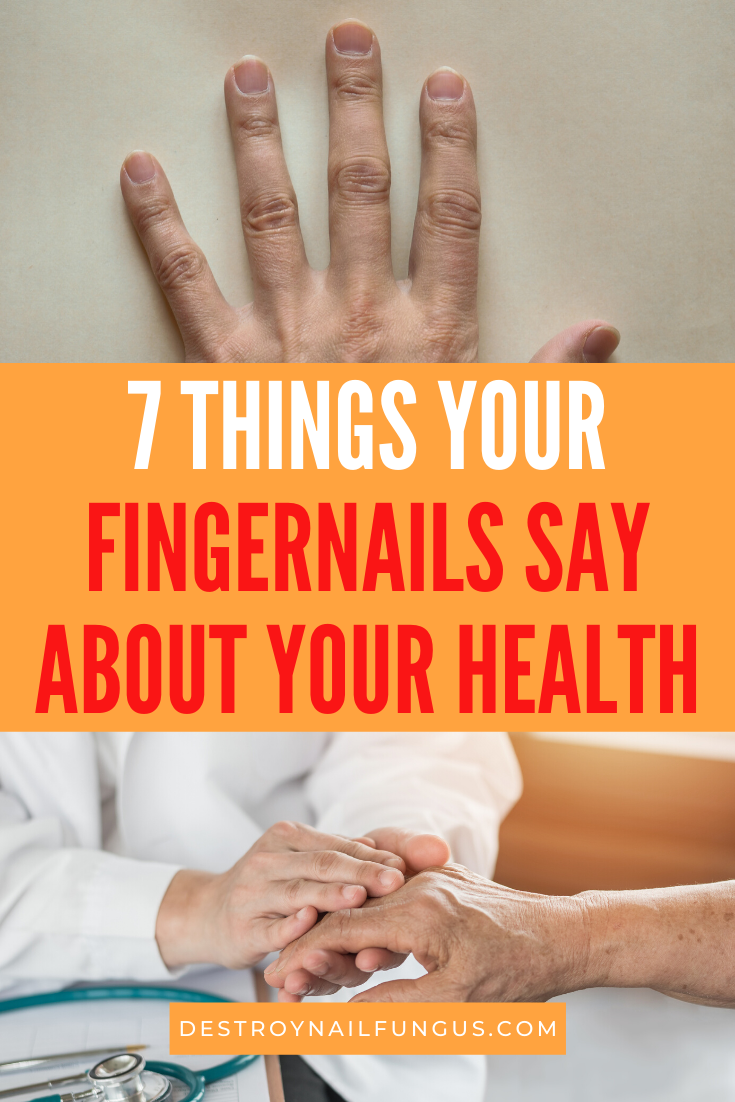 Your fingernails can indicate a lot about your health.

So, if you notice any deformities or weird colors on your fingernails, you may have an illness that you’re unaware of.

Here are 7 fingernail health signs that you should be wary of. 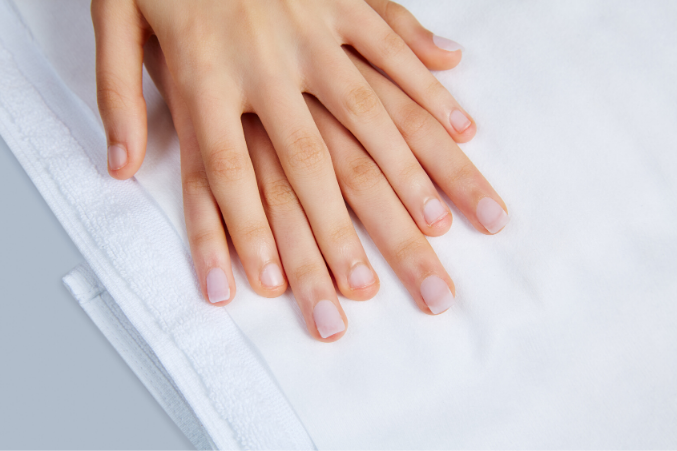 When you’re healthy, your fingernails will always have a pinkish hue to them. This is because of the blood in your fingertips.

However, if your fingernails look overly pale, that means that there is something wrong in your blood. This could be a symptom of anemia.

Anemia is a health condition in which there are not enough red blood cells in your blood. This, in turn, means that there is a lack of oxygen in your blood.

Thus, the low count of red blood cells can make your fingernails look pale. This condition can become dangerous if not treated soon.

Overly pale fingernails may also be indicative of other health problems such as liver disease or congestive heart failure.

Your entire body becomes pale when you have a liver disease, which is why your fingernails look overly pale as well. 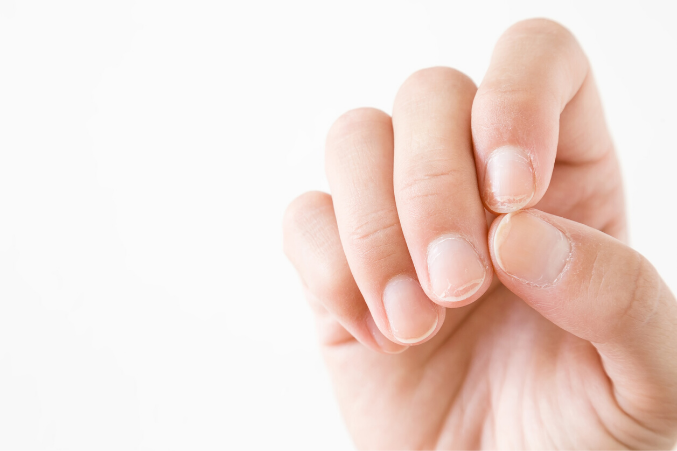 Another indicator of liver disease is white nails.

These include hepatitis or jaundice. Either of these diseases can be very dangerous if not treated right away.

Other symptoms may include nausea and excessive vomiting.

Hepatitis is a liver disease in which the liver gets inflamed after contracting the hepatitis virus.

Many hepatitis infections can be treated; however, some may even lead to liver cancer.

While hepatitis is caused by the virus in most cases, it’s possible for people to contract the disease through excessive consumption of toxic substances such as drugs and alcohol.

This is because these substances can be extremely harmful to your liver, so excessive consumption can trigger hepatitis.

There are various types of hepatitis diseases. Make sure to consult your doctor for a diagnosis if you suspect you have the condition. 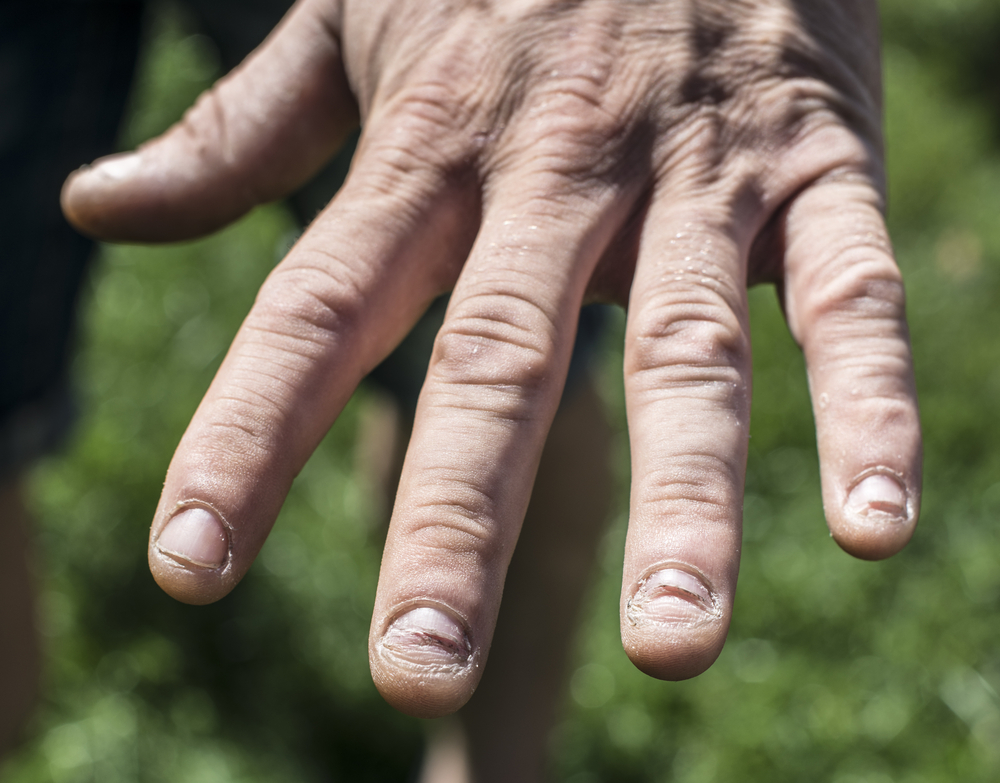 Spoon nails is also one of the most common fingernail health signs for anemia, which is caused by iron deficiency.

Spoon fingernails is a condition in which the surface of your fingernails has a concave shape.

In this condition, the center of your fingernail is depressed while the edges are raised.

In addition to that, there’s also the possibility that your nails will crack because of the bending. This condition is also known as koilonychia.

If you’re dealing with koilonychia because of anemia, you may also experience symptoms such as pale skin, weakness in your body, overall fatigue, and even shortness of breath.

If you experience any of these symptoms, visit your doctor right away.

Your doctor may prescribe supplements to counteract the iron deficiency if your condition is not too bad.

4. Cyst Growth On The Cuticles 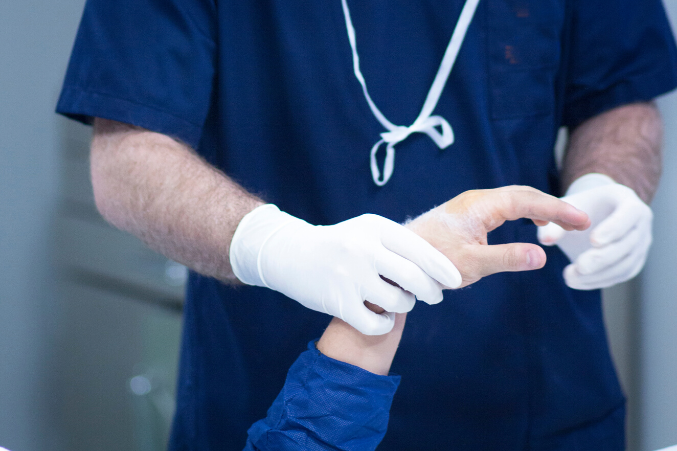 Some arthritis patients may start to develop cysts along the cuticles, i.e., the skin beside the fingernails.

If you aren’t diagnosed with arthritis yet, you should definitely get this checked. Your doctor may diagnose you with this condition.

It’s best to learn whether you have arthritis sooner than later so that you can prepare yourself for it and treat it along the way.

These cysts on your cuticles are benign, that is, they’re not cancerous. This means that they won’t cause you any harm even if you don’t remove them.

However, if you want your hands to be clear, you should consult a surgeon to get them removed.

Yellow nails are usually symptomatic of a fungal infection in that area. They can also be caused by an allergic reaction to a certain chemical.

In most cases, a particular kind of nail polish triggers an allergic reaction. This is usually not serious, and the nail becomes normal when it grows.

However, if you’re experiencing other symptoms of the infection, such as your nails crumbling and the nail bed retracting, then you should consult a healthcare professional on the matter. 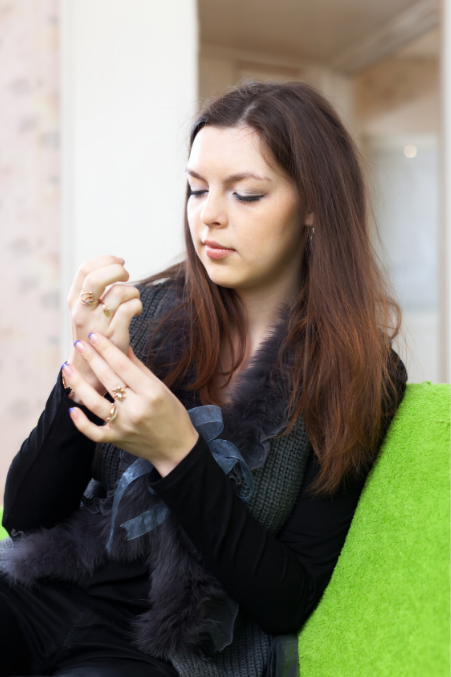 Fingernail clubbing is a deformative condition in which your fingernail starts to bend down toward the fingertip.

The fingernail curves awkwardly and it also gets enlarged towards the tip. This condition may also occur on your toenails.

This deformative condition is a common symptom of lung disease. This is because of continuously low levels of oxygen in your blood.

One of these diseases could be lung cancer; however, it is not the only disease that causes this condition.

IPF is an irreversible lung disease that progressively degenerates the lungs. With time, the symptoms of this scarring lung disease also get worse.

Some of these symptoms may include frequent dry cough, shortness of breath, and of course nail clubbing.

One of the most causes of this disease has been linked to smoking habits.

If your fingernails start clubbing or turning blue, you should definitely consult a doctor about these fingernail health signs.

You must also look at treatment options for whatever disease you may be diagnosed with as soon as possible.

Other than lung diseases, nail clubbing may also be symptomatic of heart diseases. One of the most common diseases is congenital cyanotic heart disease.

This is caused when both deoxygenated and oxygenated blood reaches the system circulation.

This occurs when there is a structural defect in the heart. Surgery may be required to treat the condition. 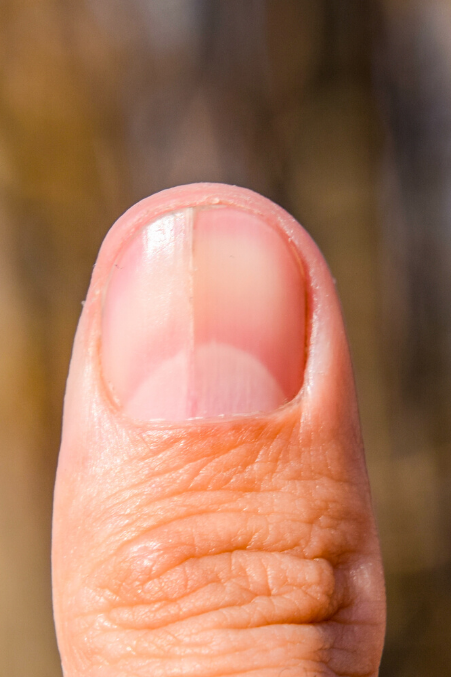 Beau’s Lines are grooved indentations across your fingernails. This is usually a symptom of peripheral vascular disease, pneumonia, or diabetes.

It can also be caused by a zinc deficiency in your body.

The indentation on the nails is usually caused when the nails’ growth is interrupted by a severe illness.

Therefore, you can estimate when the illness began by measuring the distance between the indentation and the nail bed.

These were the 7 fingernail health signs that you should keep in mind so that you may be able to suspect an illness before you notice other symptoms.