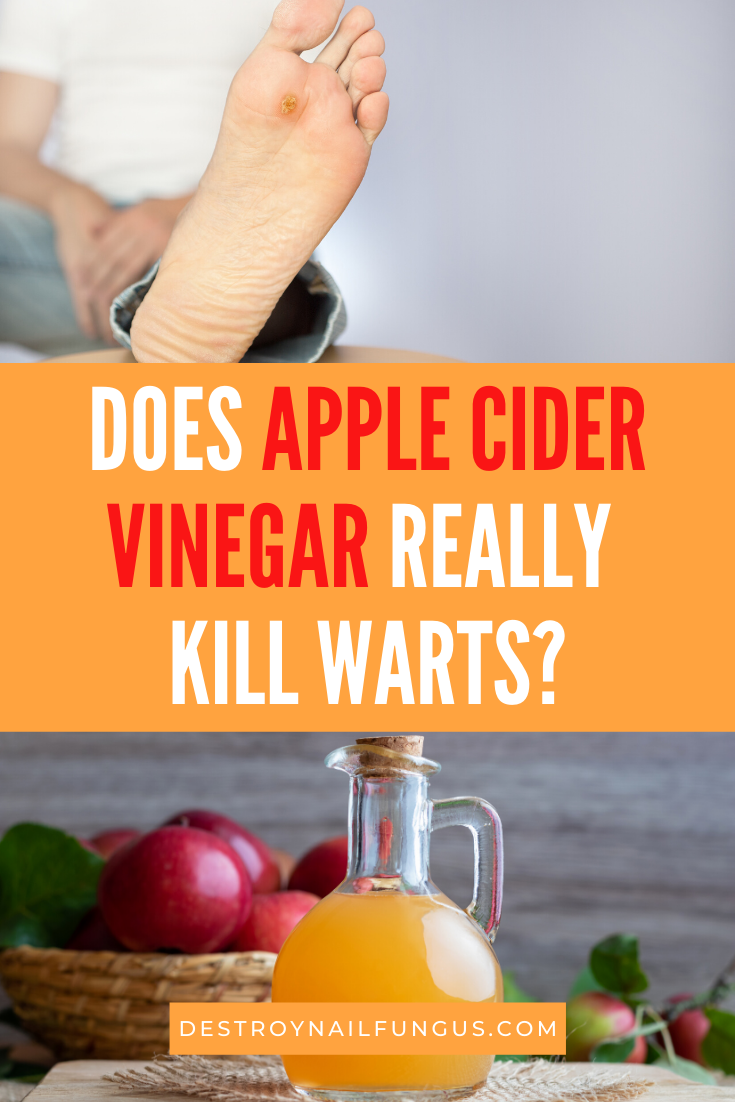 Warts are painful, uncomfortable and make it difficult to walk and go on with your day-to-day activities as they get worse.

You may have tried a few home remedies to combat or get rid of warts, but sometimes, they don’t work out.

Among one of these home remedies is apple cider vinegar, which is popularly used to treat warts and nail fungus.

However, sometimes it results in a strange discoloration of your feet. Why do warts turn black with apple cider vinegar?

Here’s what you didn’t know about this common home remedy.

How Are Warts Formed? 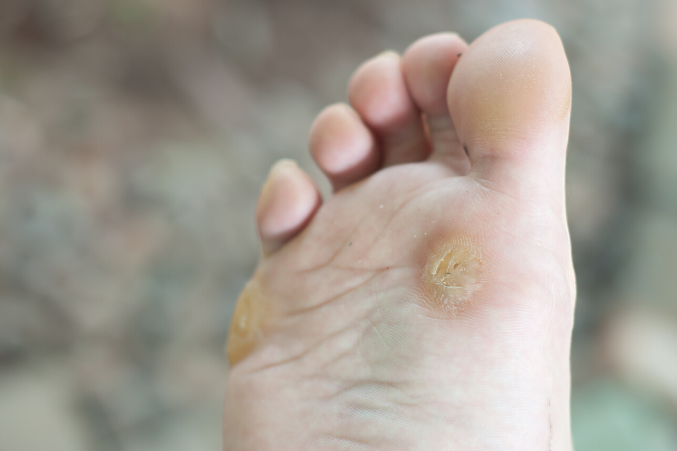 Every person you meet is going to have developed a wart at some point in their life.

They can be contracted from a number of places, like public pools, locker rooms, and showers.

Even wearing open toed sandals can create a risk of developing a wart or nail fungus because of the numerous germs that our feet are exposed to on a daily basis.

Most of the time, warts are treatable without having to go through an invasive procedure.

You can get over-the-counter medication, use foot soaks or pumice stones to get the wart under control.

With regular foot soaks and disinfectants in your routine, you can usually handle a wart without having to go to the doctor.

How Do You Use Apple Cider Vinegar To Treat Warts? 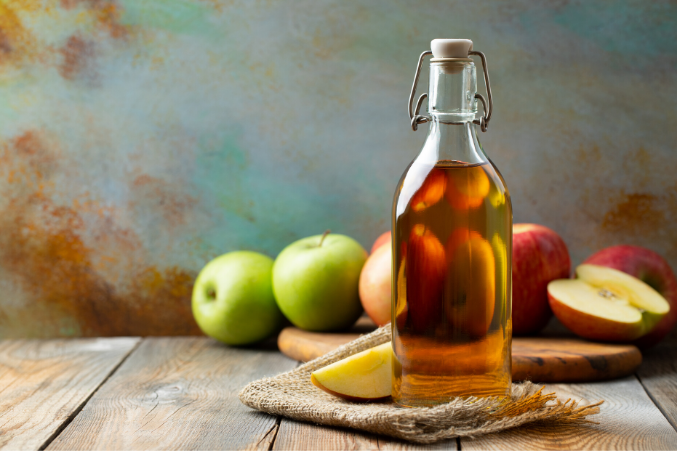 Apple cider vinegar is an acid, which means that it’s good at getting rid of bacteria and infections by burning them off of your skin as soon as they touch it.

This means that it can also cause irritability and discoloration.

You’ll initially feel some irritation when you soak your feet into the vinegar, because your system will start combatting the virus in the wart.

However, too much irritation is dangerous.

If you experience a high level of skin irritation because of the vinegar, it’s best to discontinue this treatment and go to see a doctor instead, because you may be allergic to it.

The procedure for making an apple cider vinegar foot soak is easy. You need a small tub of water that’s big enough to put your feet in.

Make sure the tub is clean because any mold or bacteria growing on it can cause more harm than good to your already infected foot.

Add the same amount of vinegar as there is water. You can also add Epsom salt which will act as a relaxant for your feet.

Soak your feet in the mixture for around 15-20 minutes.

Make sure you dry your feet thoroughly when you take them out of the water and avoid going outside or exposing your feet to more germs afterward.

You can also apply the vinegar directly to your feet. Take a small bottle and mix twice the amount of vinegar than there is water.

Take a soft cotton ball and soak it in the mixture. Next, take a piece of tape or a bandage and secure the cotton ball directly over the wart.

You can then leave it on your foot for several hours at a time, preferably overnight.

If you repeat this procedure for around 1-2 weeks, regularly, the wart can disappear.

So, Why Do Warts Turn Black With Apple Cider Vinegar? 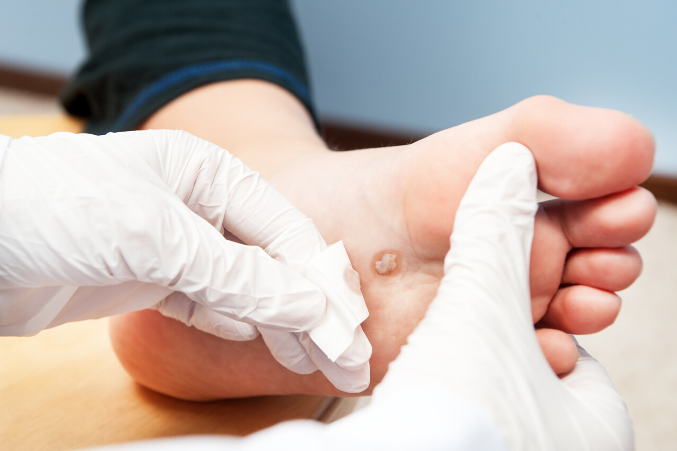 You might be wondering if apple cider vinegar is so helpful for warts, how come it only makes my warts turn black instead?

Well, this actually means that the wart is shrinking and the skin cells that have been affected by it are decreasing.

When your wart turns black in the first 1-2 days after you start treating it with apple cider vinegar, it’s a sign that the area affected by the wart is being worked on by your immune system.

The reason why it turns black is that the skin cells that are making up the wart are losing their ability to spread the germs to more parts of your body.

The wart will eventually fall off in the days following this.

Some people use a freeze treatment to get rid of warts. This is like burning them off, but instead, a less painful version of it.

One way to tell that the freeze treatment is working is by waiting for the warts to turn black, again, an indication that the treatment is effective.

However, if you suspect that your wart isn’t turning black because it’s healing, then you should go see a doctor.

If you experience adverse reactions like rashes, hives or a severe allergic reaction, stop the use of apple cider vinegar immediately.

You may want to check your skin’s tolerance for apple cider vinegar by applying it on a less sensitive part of your body to check for reactions.

Remember, because vinegar is an acid, it is supposed to cause some irritation as an indication that it is working, so don’t worry if it is only irritating you enough to cause slight discomfort.

This will last for a while but will eventually pay off.

If you have generally sensitive skin, it’s a good idea to avoid apple cider vinegar as it is known to cause burn damage to people with thinner skin.

In the days after your wart turns black, don’t discontinue the treatment because it appears to be getting better.

You need to continue applying the vinegar for at least 1-2 weeks, even after the wart has completely fallen off and cleared up.

There is still a high chance that the affected skin cells that contain the same germs are alive and thriving.

By taking the proper precautions, you can prevent the wart from coming back for good. 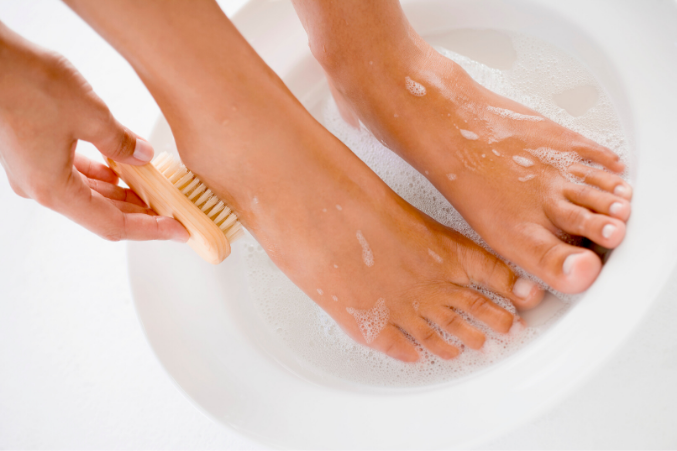 Some important things to remember before proceeding with apple cider vinegar is to never use it if you have any open wounds or cuts on your foot.

This can be extremely painful and can cause a reaction when they come into contact with the acid.

If a few tried and tested home remedies don’t work, don’t go overboard with trying everything you can.

It’s a smarter decision to go to the doctor and get the wart surgically removed instead.

You also need to remember to regularly clean your feet and maintain proper foot hygiene if you want to avoid getting another wart.